The Home gets a distress call from New Orleans. A group of resistance fighters is asking for help. Naturally the Home will send out Blade and the Warriors to investigate. This time Blade chooses the Beta Triad made up of the hybrids Lynx, Ferret and Gremlin. Lynx has been pestering every warrior that he wants to go on the next run and finally gets his wish. His teammates, on the other hand, are not happy. They are perfectly content with the easy-going life at the Home. The four are dropped off in a swamp outside New Orleans by one of the Hurricane VTOLs.

There they must contend with the cottonmouths, mutant snapping turtles and giant alligators that inhabit the post war swamps. Blade, Ferret and Gremlin are captured by the tonton macoutes. The tonton macoutes are the enforcers for the Black Snake Society which rules New Orleans. The Society is a voodoo cult that rules the city. Lead by Baron Laveau, it sacrifices its victims to their god Damballah, a forty-foot-long giant snake. Now Blade and the mutant hybrids must destroy hundreds of voodoo cultists and take on a giant snake. Just another easy day in the life of a warrior. 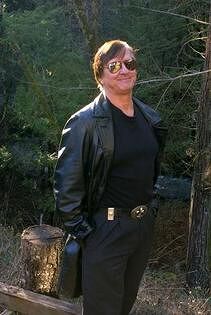 Blade is enjoying some time with his family when he gets an unwanted visitor. Star, the leader of ..

The skills of an ancient people wreaked havoc at the end of time.  The Family hears abo..

WARRIORS VS. THE WORLD - WINNER TAKE NOTHING. Led by Blade, they were a handful of men and women w..